Tonight was the opening of the Spencer Tunick exhibition at Strange Cargo in Folkestone. We drove down and folowed the directions to the car park which we found was free by the time we got there. We walked up the hill towards the gallery. 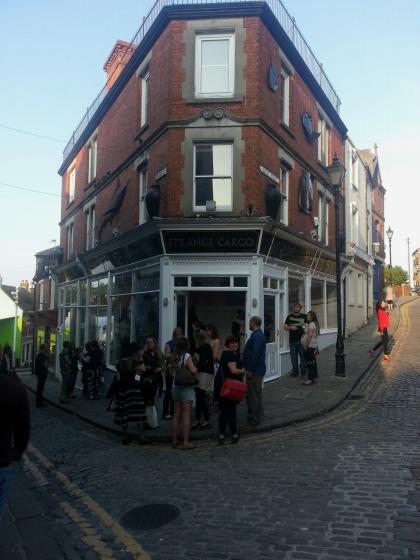 As we approached we saw there were a lot of people milling around outside so we guessed that it wasn’t open yet. As we drew along side the gallery we spotted a display of scopes in the window. At first I thought they were just dummy ones but soon realised by the way people were looking in them that they weren’t. I scanned them all kind of hoping that mine wasn’t among them – it wasn’t! 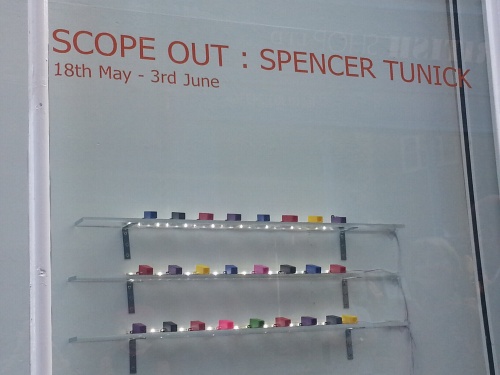 We waited outside and at about 8:45 they started to invite us in – only they seemed to have suddenly realised we wouldn’t all fit in at the same time. So they called us in in the groups we were put in at the shoot – we were all given a piece of paper dividing us into groups of 10 to make it easier for us to get our scopes. I was in group 2 so was in the second bunch of people to go in. Our scopes were on a ring and there was much debate about how they should be given to us. Spencer was flitting back and forth and generally supervising. The girl handed me a scope and said she thought that was mine – I steeled myself and looked in. That wasn’t me! He didn’t even have a beard…or any hair! I handed it back and a few minutes later I was eventually given the correct one. Personally I didn’t think I looked too bad! 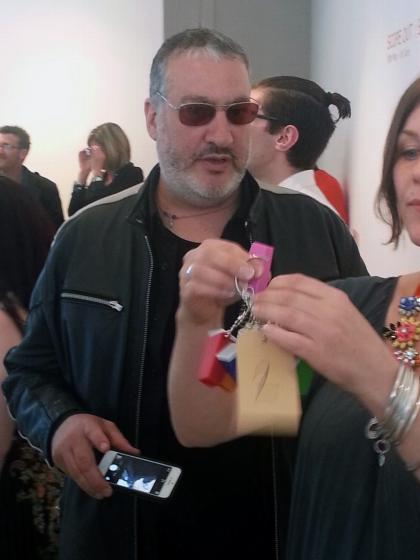 So I then set about looking for my other picture – the one in the exhibition – and I found it quite quickly. The scopes were all mounted in a sheet of perspex and illuminated by a light at their end. They were quite low down and you had to bend to look into them and once your eye was in position it took a few milliseconds to get into focus. Of course until you bent down you didn’t know if it was going to be a man or a woman at the end of the scope so it meant you didn’t just look at the opposite sex! It was one thing to see my naked image at the end of the scope I was holding in my hand but quite another when I found my image in the exhibition! 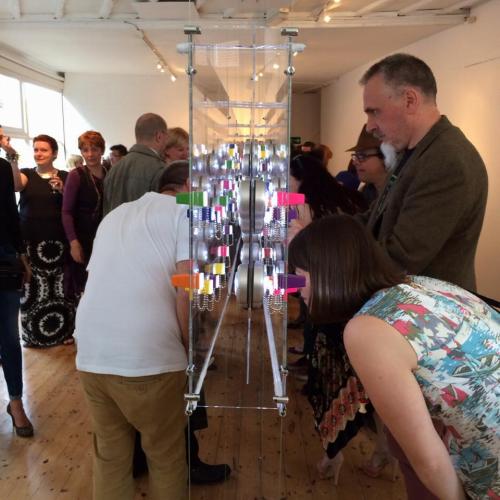 The idea was that we were meant to share your scope with other participants and non participants but I found this quite difficult. I didn’t find so much showing to people who asked but I felt strange asking people if I could see theirs! Even people I’d already seen naked. I said to a couple of the people I did talk to that when I was having my photo taken I didn’t feel as though I was naked and another guy said that as soon as he started to get dressed he felt as though he didn’t belong there any more! However it was so crowded and hot in the gallery you could barely move so we decided to go off and get something to eat down by the harbour.

We found a fish & chip shop and bought some food and then decamped to a bench overlooking the boats. We ate our food then whilst being berated by a seagull that quite obviously thought he was a dog and barked constantly at us whilst sidling towards us when he thought we weren’t looking! After we’d eaten we went for a walk along to the beach before heading back up to the exhibition. 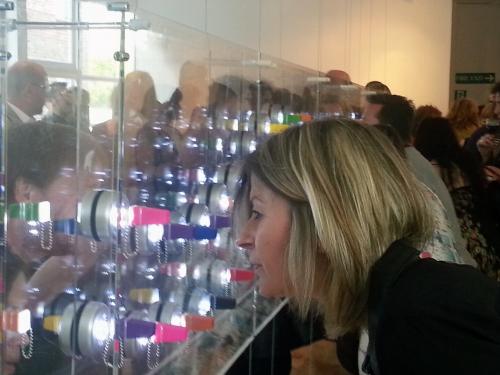 It was a bit quieter and I managed to get a look at the scopes on the opposite side which I hadn’t been able to get to before. At one point Spencer asked us to look into them so he could take a photograph – odd being photographed by Mr Tunick with our clothes on! I asled him for an autograph which he did somewhat begrudgingly, my pen didn’t write on the card so he pulled a sharpie out of his pockets and scrawled his name along the edge.

Afterwards the most wonderful thing happened. A man indicated one of the scopes and said “it’s my wife”. So I took a look and then handed her my scope which se looked at and then passed me her scope saying “it’s diffferent”. I thought to myself how wonderful that tis man, who hadn’t taken part himself, was so proud of his wife and her image that he wanted to show her picture off to a complete stranger. To me that sums up the whole atmosphere and ethos of the event.Maybe there is hope for humanity after all, well maybe just a small part of it anyway! 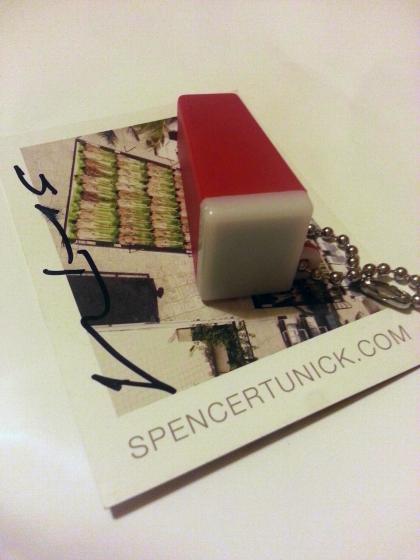